The PhotoFreezer product family is a complete laboratory series for studying multiphase fluid phenomena based on extended or diode-pumped solid state emitters. The product provides the experimental outputs required by researchers as extremely high-precision images, analyzed and quantified. This high-quality product with worldwide standards has been used by a variety of industries, universities, and research centers.

This product family has been designed in two class of basic and advanced models. The various models have also made it suitable for economic use and educational purposes, which require less precision and more simplicity. With a unique design and ease of launch, the PhotoFreezer leads R&D centers to be more productive and agile. We are proud to manufacture the entirety of this product in Great Iran. 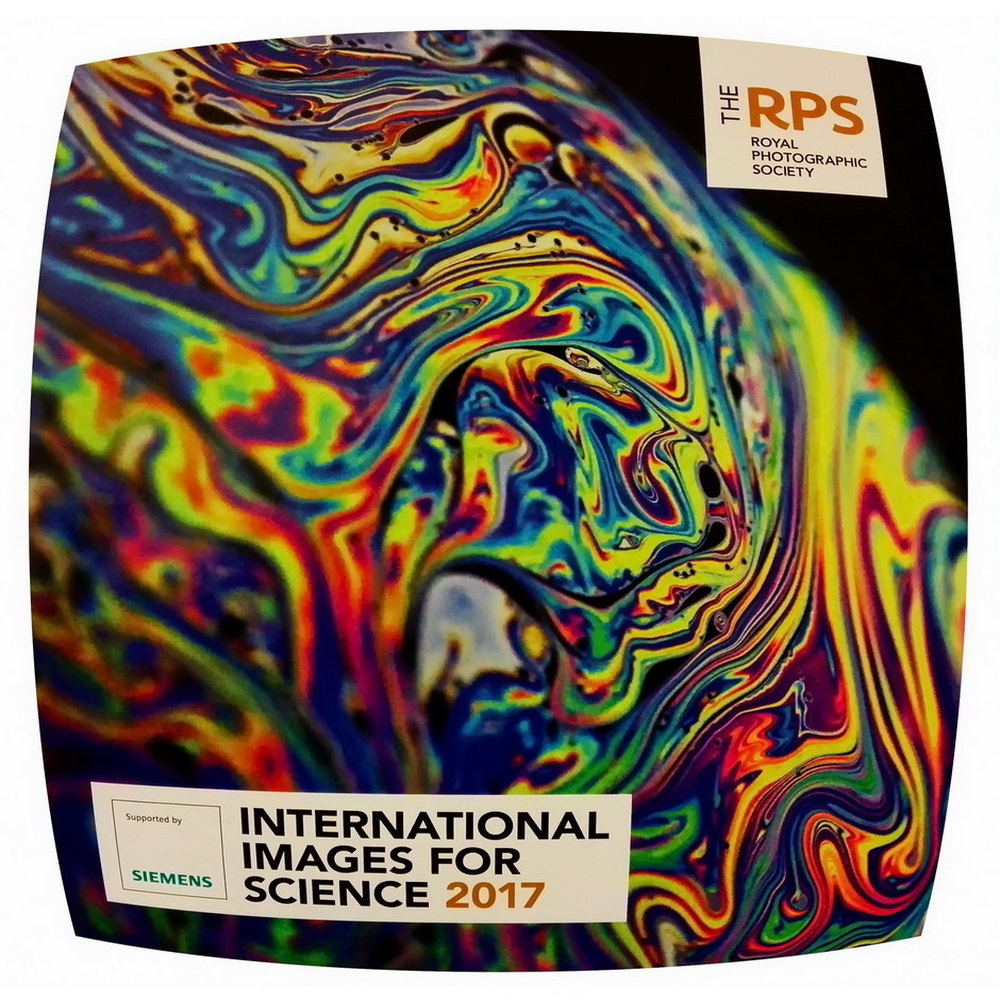 International Images for Science recognizes a combination of scientific content and aesthetic quality.  In an increasingly visual world, good images of science are often the key to unlocking the curiosity of people. A great science image tells its story in a visually-appealing way.

Photography and science are intimately linked. Photography would be impossible without science – chemistry, optics, electronics have all played their part in helping us gather images. Yet photography is often invaluable in science, either in recording science or in communicating it to others.

Since its foundation in 1853, the Royal Photographic Society has been dedicated to supporting and promoting both the art and the science of photography. The first International Images for Science Exhibition was held in 2011, with the second, larger exhibition in 2013, touring the UK and internationally. In 2015, Siemens plc offered to support the exhibition as part of the Curiosity Project, resulting in major exhibitions in 2015/16 and 2016/17.

Now, our chosen image is described as follows,

FROM LINE TO PARTICLE 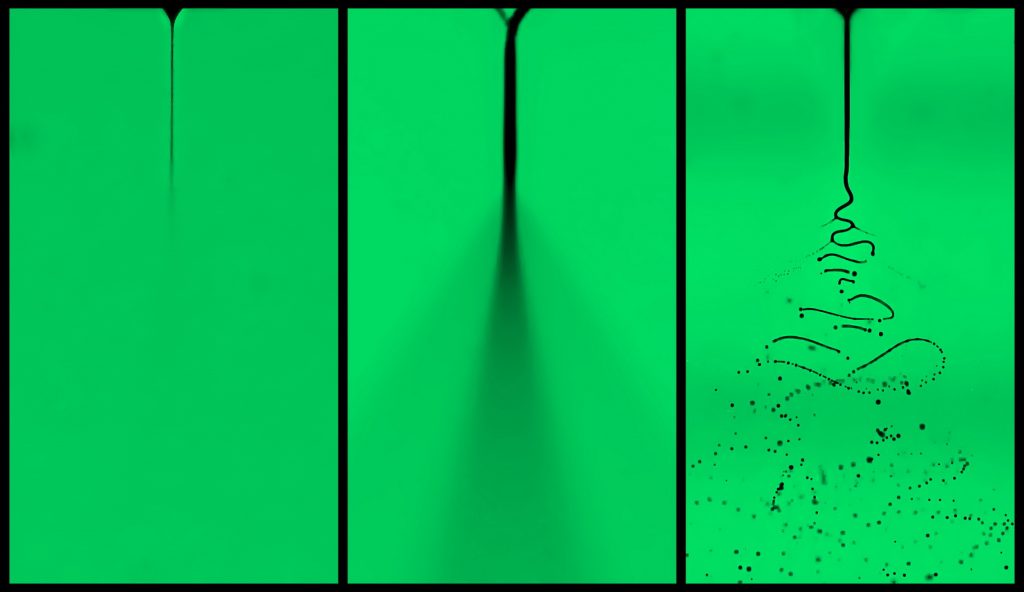 The choice of lightening can dramatically alter the way we record phenomena. Here an electrospray apparatus emits a spray of charged liquid droplets. At left, this is seen lit by an extended continuous light source such as an LED bulb. Viewed as a shadow, we see almost no useful information. At center, we see the spray with the same illumination but in reflected light. At right, the spray is captured with a short duration (125 nanosecond) flash exposure that ‘freezes’ our view of the droplets.

NOTE: Experimental setup for this test belongs to the Sharif university of technology and ARSIN.Co, under supervisory of Dr. Mohammadreza Morad and Dr. Azadeh Kebriaee. Technology of the High-Speed Flasher is ‘PhotoFreezer v2.50’. 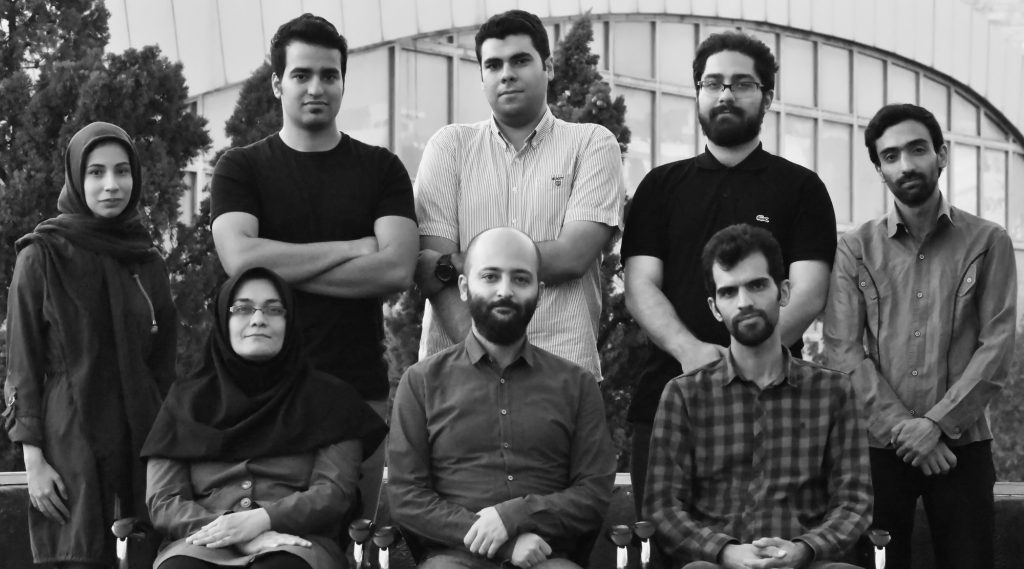 Arsin designs and develops integrated optical measurement systems. Providing diagnostics and research on fluid mechanics, combustion, and fast phenomena are the company’s areas expertise. Based on our knowledge, there is not any optoelectronic issue which we could not find a solution for it. Our unique solutions make devices with lower price and easier to maintain whereas almost keeping the equivalent quality.

The leadership group consists of alumni and professors of the Sharif University of Technology, and our R&D team includes multidisciplinary professionals, e.g., electrical, software, mechanical, and aerospace engineers, in cooperating with physical scientists. The company has accomplished many successful projects in a span of ten years and has joined into the Iranian knowledge-based companies community since 2018. Some of the most well-known gas turbine industries and high-ranked universities in Iran are our customers and partners to develop and use our productions.

Now, Arsin is the pioneer company in Iran with a complete set of fluid mechanic laboratories and products at a comparable level to the world’s masters. Relying on the capability of our technical experts, we welcome the design of any special optical instruments for measuring and surveillance from the smallest size (technical microscopes and spectroscopes) to the large-scale objects (satellite optical payloads).